Gilead is a mountainous region east of Jordan and means ‘the hill of testimony’ (Gen 31:21,48). In biblical terms it was the high plateau stretching north and south of the Jabbok river up as far as the southern tip of the sea of Galilee. In modern day geographical terms, it would equate to the region between the Zarqa river and the Yarmouk river in Jordan (see shaded area on the map below).

The land of Gilead was given to Reuben, Gad and the half tribe of Manasseh after the expelling of Sihon and Og from that region ( Josh 12:1-6). It was also the region where Jephthah and Elijah came from (Jud 11:1-29; 1 Kings 17:1) and one of its key cities, Jabesh Gilead, was rescued from the Ammonites by Saul (1 Sam 11:1-10). In NT times it was the region embracing Perea and Decapolis.

Gilead features a raised plateau that slopes to the west. Thus, all the water flows in numerous streams, brooks, and springs out of the hills in the west, leaving the eastern side a complete wilderness. This water flow makes western Gilead a fertile country with ample pasturage for flocks and herds. Hence the area is known for a healing balm, the balm of Gilead, which is made from liquid resin from the local trees (poplar, pine, cypress, cedar, etc). Due to access to these medicinal ingredients, many physicians made their homes in Gilead ( Jer 8:22). 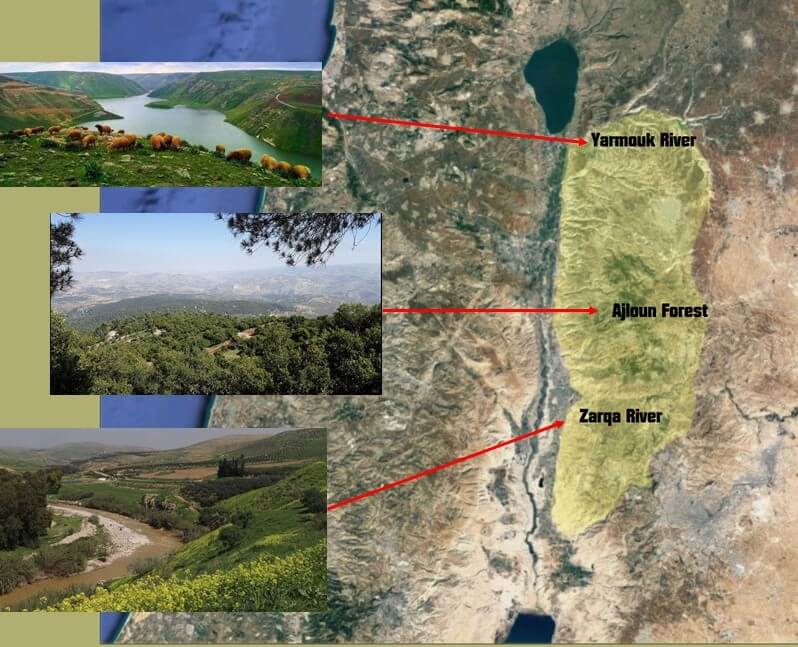