In our postmodern times, most people regard prophecy with a great deal of scepticism. This was not the case in the ancient Greek world. People frequently consulted an oracle to know what to do in the future. Herodotus, in the 5th century BC, records a significant number of prophecies issued by the oracle of Delphi. Rulers believed that the gods revealed their will to humans through this oracle and they were therefore keen to base their decisions on the will of the gods.

But why did they consult this oracle, and how did its influence become firmly established throughout the ancient world?

Delphi was a city on the south-western slopes of Mt Parnassos about 2½ hours’ drive north-west of Athens (120km). This mountain is 2457m high and from its summit you can see the ocean on both sides of the Greek peninsula.

Herodotus records how Croesus, king of Lydia (reigned 585–546BC) desired to know what he should do, seeing how Cyrus was expanding his territory in Asia Minor. He therefore sent a number of requests to various oracles in the known world to determine the accuracy of their forecasts and which one had access to the mind of the gods. He sent to the oracles in Delphi, Abae (in Phocis some 100km NW of Athens), Thebes and Dodona (a place in Epirus, north-western Greece, not far from Albania) as well as to other well-known sages. He even sought to test an oracle in Libya. 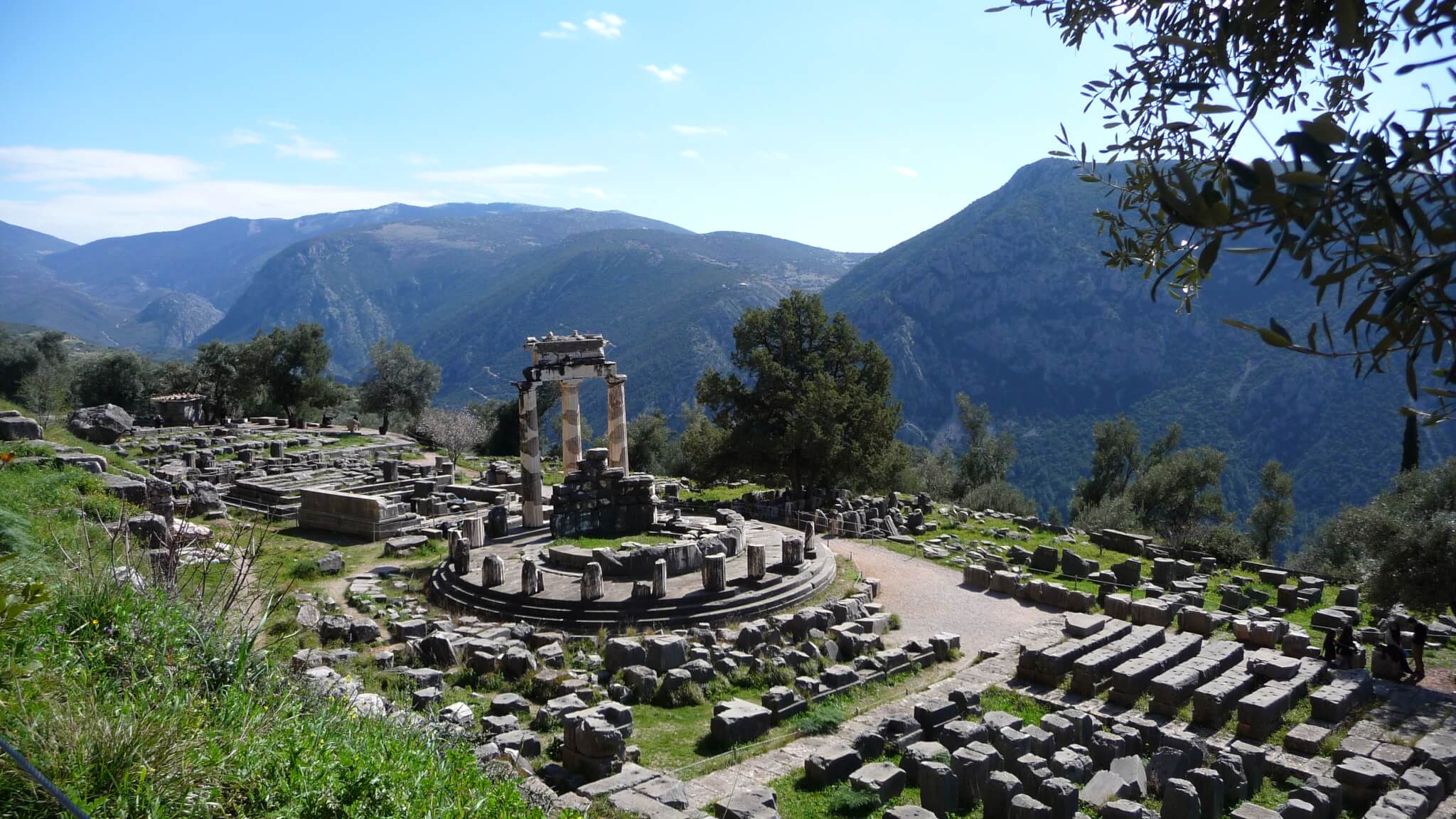 The question he asked was, “counting from the day the messengers left Sardis, what will I be doing in 100 days?” After departing he thought of something each oracle would be unlikely to guess. He cooked a tortoise and a lamb in a bronze pot with a bronze lid. When the answers came back, he received approval only from one, that was the Delphic oracle. This caused him to declare the Delphic oracle to be the only genuine oracle in the world.

The answer given recorded by Herodotus (1:47) is:

I know the grains of sand on the beach and the measure the sea;

I understand the speech of the dumb and hear the voiceless.

Boiling and bubbling with lamb’s flesh in a bronze pot:

The cauldron underneath is of bronze, and of bronze the lid.

It’s not possible for us, so far after in time, to verify or positively disprove the situation described, but it was enough to convince Croesus to send expensive gifts and trust the oracle for other decisions of war.

After this Croesus attempted to win the favour of the Delphian god, Apollo, with animal sacrifices, and donated to the temple huge sums of gold and silver. This is where the phrase ‘as rich as Croesus’ comes from. I won’t list the items here, other than mentioning these gifts included 117 ingots of gold (each measuring 480mm x 240mm x 80mm), a gold lion statue and many other extremely valuable items.

Croesus, along with his presents, asked the oracles at Amphiaraus and Delphi, “if he should undertake the campaign against Persia, and if he should strengthen his army by some alliance”. Herodotus records that they both foretold that if Croesus attacked the Persians, “he would destroy a great empire”, and that he should come to an understanding with the most powerful Greek state. Croesus then consulted the oracle at Delphi a third time to determine if his reign would be a long one, and the answer came back, “When comes the day that a mule shall sit on the Median throne, Then, tender-footed Lydian, by pebbly Hermus run and abide not, nor think it shame to be a coward”.

The problem was that these prophecies were deliberately ambiguous and capable of multiple interpretations. It turns out Croesus did attack Cyrus and eventually lost. The prophecy that if he attacked the Persians he would destroy a great empire, could refer to the Persians or his own empire. The prophecy about a mule sitting on the Median throne could also be taken in two ways. One, that it was ridiculous for an animal to sit on a throne (this is how Croesus took it) and two, Cyrus was the mule because his nobler mother was a Mede, daughter of king Astyages, and his father was an inferior Persian. This is the explanation, relating to mixed ancestry, given by the priestess of Delphi recorded by Herodotus (1:91).

We can see from this example that the ambiguity of these prophecies makes them useless and deceptive.

In a separate incident, Herodotus also records that the Athenians reported that some men, who were contracted to build a temple, bribed the priestess to tell anyone who enquired from Sparta, that it was their duty to liberate Athens from the rule of the Pisistratidae family. This manipulation of the oracle demonstrates the duplicity of the arrangements.

There is another occasion recorded by Herodotus (6:66) where someone persuaded an influential person in Delphi to manipulate the priestess to give a certain answer. When it was discovered, both the person of influence and the priestess were exiled.

One of the most best-known prophecies from Delphi was given when the Athenians asked advice when the Persian army was preparing to cross into Europe in 480BC. The last half of the prophecy is here (Herodotus 7:141):

Yet Zeus the all-seeing grants to Athene’s prayer

That the wooden wall only shall not fall, but help you and your children.

But await not the host of horse and foot coming from Asia,

Nor be still, but turn your back and withdraw from the foe.

Truly a day will come when you will meet him face to face.

Divine Salamis, you will bring death to women’s sons

When the corn is scattered, or the harvest gathered in.

They wrote it down and brought it to Athens and there were two opinions on the wooden wall, and who would die. Some thought the wooden wall was the thorn hedge around the Acropolis, others, that it referred to their ships. The second interpretation became the prevailing view in the end, and it proved to be correct. 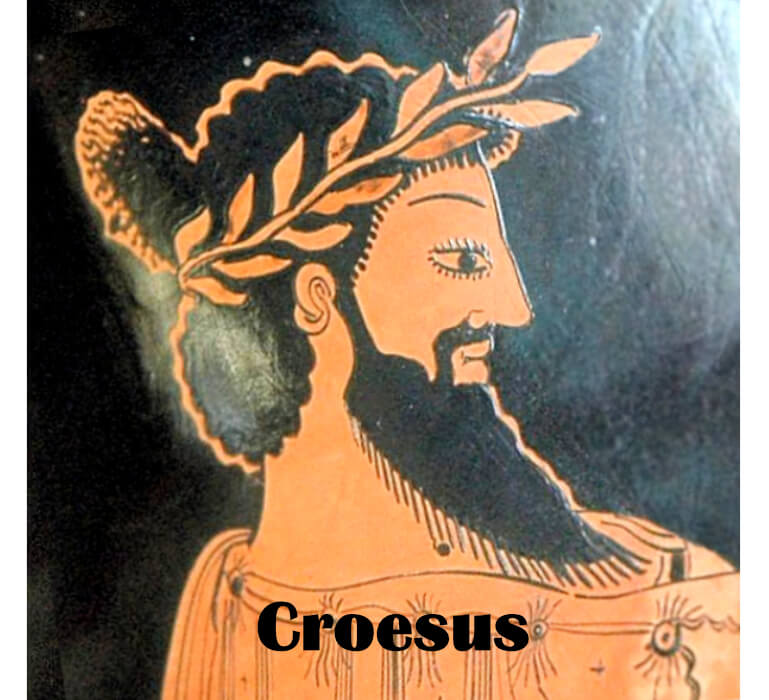 We can see from this the significance of the warning of the Word of God in Deuteronomy 13:1-3: “If there arise among you a prophet, or a dreamer of dreams, and giveth thee a sign or a wonder, And the sign or the wonder come to pass, whereof he spake unto thee, saying, Let us go after other gods, which thou hast not known, and let us serve them; Thou shalt not hearken unto the words of that prophet, or that dreamer of dreams”. A prophet may make a lucky guess or provide a prophecy capable of several answers, but if that oracle promotes idolatry then it is not to be listened to. Strabo records the myth from the earliest days of Delphi, where the god Apollo killed the serpent Python (Geography 2:3:10), which is why the original name of Delphi was Pytho. This is also why the priestess is sometimes translated as Pythia or Pythoness, though in some translations it was translated as priestess (Gk: puthion – Herodotus 1:65). In Acts 16:16, we read of the Apostle Paul being confronted by “a certain damsel possessed with a spirit of divination”. The original Greek word for “divination” is puthon—a reference to the mythological serpent which guarded Delphi and was said to have had the power of divination. From a biblical perspective the serpent represents lies, and Luke is clearly making a fitting allusion back to the incident in the garden to demonstrate the true aspect of the woman’s divination. 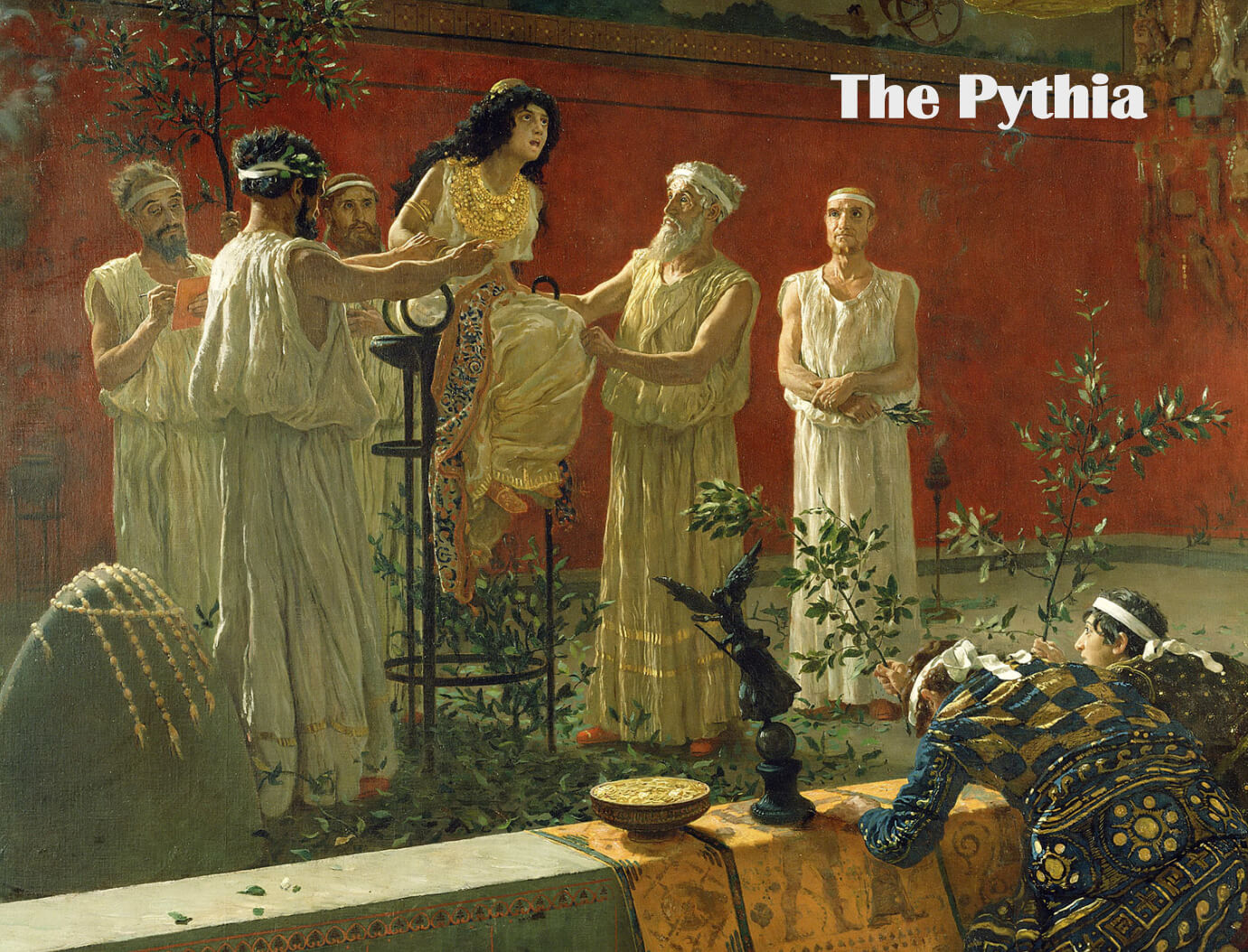 According to Wikipedia and Britannica, a collection of books known as the Sibylline Books were written by a Sibyl (or Greek prophetess) in Hellespont (Dardanelles, Turkey) which passed through a few places and ended up in Cumae (near Naples). An old woman offered the nine books to Tarquinius (lived 534–509BC, king of Rome) for an exorbitant price. He refused so she burned six of them and he bought the remaining three for the same price. They were kept in the temple of Jupiter on Capitoline hill and consulted in times of emergency.

In 83BC, the pagan temple that housed them was burnt to the ground and the books were lost. This caused the Roman Senate to search through the empire to find a copy of them and they were eventually replaced with similar prophecies. Nero consulted these after the Great Fire of Rome (Tacitus, Annales 15:44). These replacements were subsequently burned by Flavius Stilicho in about AD405.

A variation to these original oracles can be found in the Sibylline Oracles, which are a collection of Greek and Roman mythology interspersed with Jewish, Gnostic and early Christian legends. In medieval times, the Catholic Church considered these to be as reliable as the Bible, which is why Michelangelo painted five of these female oracles on the roof of the Sistine Chapel alongside seven Jewish prophets.

Moses records in Deuteronomy 18:22, “When a prophet speaketh in the name of the Lord, if the thing follow not, nor come to pass, that is the thing which the Lord hath not spoken, but the prophet hath spoken it presumptuously: thou shalt not be afraid of him”.

He’s speaking here specifically of prophesying in the name of Yahweh, though the principle holds good for any prophecy. If you can’t see events happen indisputably after the prophecy was written, how can you trust the prophecy? For us, we have the “sure word of prophecy”, relating to the return of Israel to the land. Whilst God could have manipulated pagan prophecies to manoeuvre kings in certain directions and shape events according to His plan, the only prophecies that can be trusted in our day are Bible prophecies. The others are myth and legend: “To the law and to the testimony: if they speak not according to this word, it is because there is no light in them” (Isa 8:20).